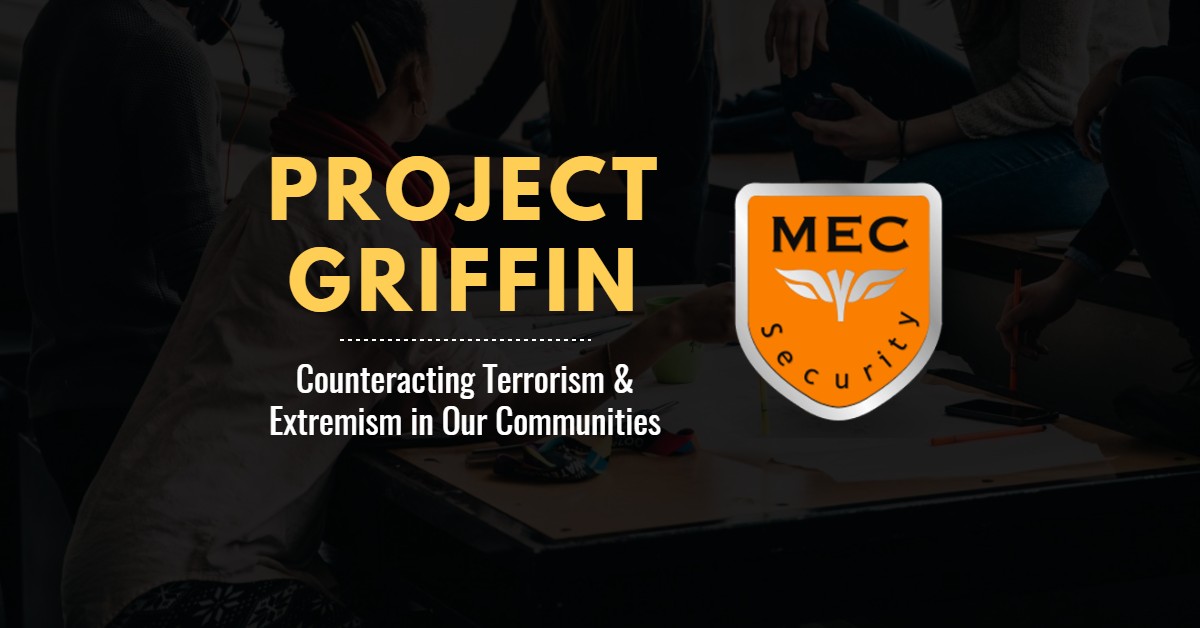 In 2004, the City of London and Metropolitan Police forces joint piloted a scheme known as Project Griffin. It aimed to come up with a way of protecting the cities and communities of the country and relies on massive levels of coordination and cooperation between the police and other emergency services, as well as local councils, authorities, businesses and private security firms.

By 2011, Project Griffin had been thoroughly reviewed and tested and is now taken on all over the country. The counteracting terrorism project has always had uptake in countries around the world, including those as far afield as America, Canada, Australia and South Africa.

Its mission is to “engage, encourage and enable members of the community to work in partnership with the police to deter, detect, and counter terrorist activity and crime.”

To explain further, the primary objective of Project Griffin is to encourage individuals, businesses and industries to self-deliver programmes that demonstrate the threats of terrorism, and to increase awareness of counter-terrorism preventative measures.

Ultimately, the increase in terror incidents over recent years means that an attack could happen anywhere, at any time. You could be having coffee in a busy city cafe, or you could be waiting for a bus in a small market town – terror can strike at a moment’s notice.

It is vital that everyone, from small business owners through to global CEOs, understands that although the threat of terrorism is rare, it is also severe. And if you or your employees find yourself in the midst of an attack, understanding what to do will save lives.

But Project Griffin isn’t just about responding to attack, It’s also about being able to recognise suspicious behaviour, and understanding how to access the correct channels for reporting it.

High praise has been heaped on Project Griffin, and it’s not too much of a surprise why. The project is continually adapting to bring in the new information of dealing with new threats – the recent rise of Daesh being a prime example. Project Griffin currently delivers training to every police force in England and Wales and is also being adopted by Police Scotland. And the impact of the project is far-reaching – successful operations have been carried out many times and even private security guards are ably assisting the police and emergency forces – the attack at the Tiger Tiger nightclub in the West End is a prime example.

Project Griffin briefing events occur all the time, so keep an eye out for them happening in your local area. These briefings are usually run by trained police advisors, are free of charge, and tend to run anywhere between one and six hours.

In the sessions, you will get to learn about the basics of counter-terrorism, current threat levels, and how to deal with the threat of bombs or firearms and weapons attacks. The course also goes through how to identify and, most importantly, report suspicious behaviour, and what people should do in response to finding a bomb or a suspicious package.

It’s worth going to the project sessions for several reasons, no matter what line of business you are in and wherever you are located in the country. There are many types of terrorist, and while organisations like ISIL make the headlines on a regular basis, the threats come from all angles here in the UK. Lone actors are causing incidents of terror all across the nation, both from the extreme right and extreme left wings. Extremists still operate in Northern Ireland, and animal activists are pushing the boundaries of protest to the maximum.

The reality, however, is that businesses can take valuable steps to help. In the sessions, you will learn that you should avoid releasing sensitive information online, including building floor plans and locations of fire exits and security cameras. It will also impress on you the importance of forming a specific terror plan, with the aim of making sure all employees know every single route out of the building – and where to hide in the event of an attack. They should also avoid using the lifts – most lifts will automatically descend to the ground floor in the event of a fire, meaning that your staff could be placing themselves at great risk.

Don’t forget, the standard advice of being involved in a terrorist attack is as follows: “Run, Hide, Tell.” It is critical that your employees understand this, as it is advice that could ultimately save their lives.